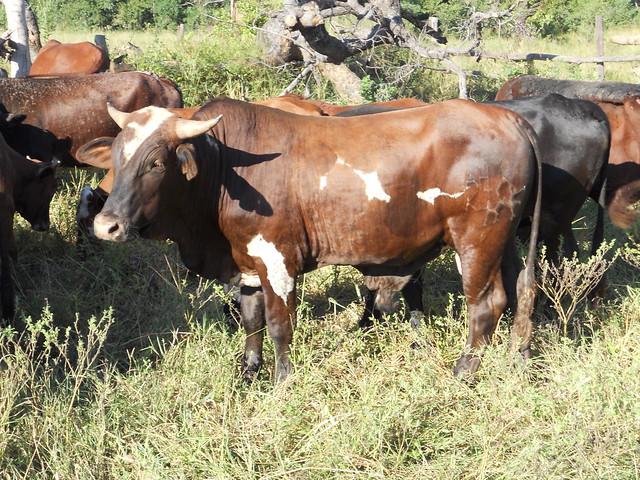 In Botswana, livestock production accounts for 80% of the agricultural sector’s output. A harsh climate and poor soils make most of the country unfavourable for crop farming. Beef export is the chief foreign earner at 57% and livestock production creates employment and is a source of food for rural populations.

Majority of the country’s livestock is done in communal systems (holding 88% of cattle and 98% of small stock (sheep and goats) in 2011), but commercial farms produce more than the communal system.

This ILRI and BIDPA study tried to fill that gap by using the relative profit efficiency approach. A household survey approach was used to collect data in Chobe, Central and Southeast districts of Botswana. The survey assembled detailed information on costs and returns of livestock production encompassing different farm sizes across the selected districts. This information enabled the researchers to identify determinants of profitability, or profit efficiency and policy options to enhance competitiveness at farm level.

The results of the study showed that:

This study identified education, distance to commonly-used markets, herd size, income from crop production and access to information as drivers of competitiveness (efficiency).

It also showed that there is widespread profit inefficiency in livestock production in Botswana due to variability in farm practices. The study says farm profits can be improved by focusing policies on reducing input prices and encouraging beef farmers to engage in fodder production where possible.

In addition to organizations recognized for specific projects and outputs, we thank all donors which globally supported the work of ILRI and its partners through their contributions to the CGIAR system

People, livestock and the environment